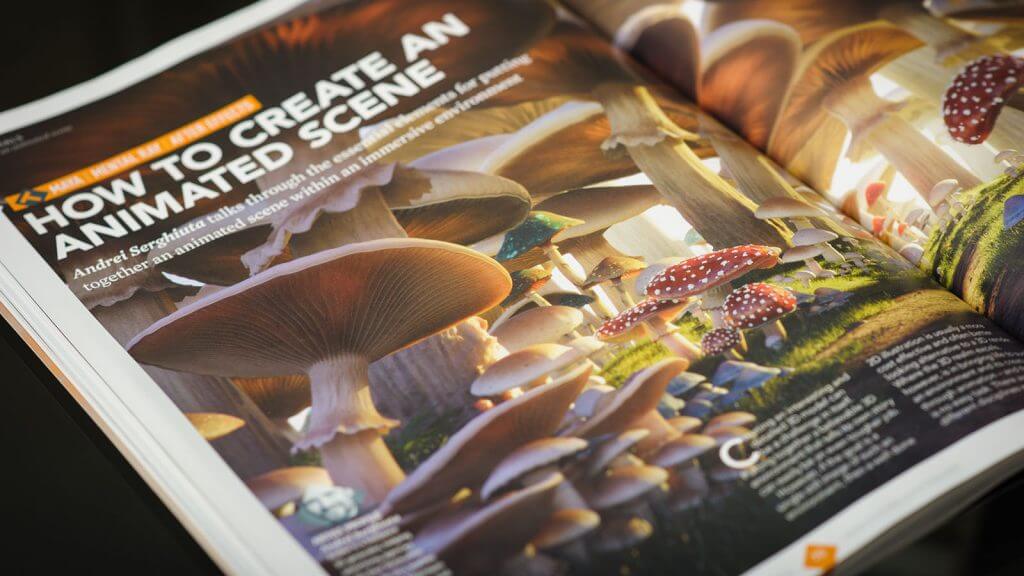 When my Mushroom scene got posted on 3DTotal last summer, I was soon thereafter contacted by 3DWorld Magazine to write a tutorial about it.

Since I had already gathered all my notes and images for the effectsMTL 2015 presentation earlier in the year, I thought this would be a breeze.

Boy, was I mistaken! The first challenge I had to deal with was the fact that the subject I chose for the tutorial was quite broad. The ins and outs of putting together an animated 3D scene covers such a wide range of disciplines, that the amount of information can be staggering. Therefore, putting it all down on paper within a relatively small number of paragraphs was a more difficult task than I expected. Thankfully, the online system offered by the publisher made it very easy to keep things organized and watch the word and character count. I think I went through about three drafts altogether, before settling on the final text.

The next challenge were the tutorial videos. I record all my lectures at the college and had done some video tutorials in the past. However, in the process of creating the videos for the magazine, I discovered that producing quality content in a clear, concise, and short format is an art by itself. We may not realize it, but behind every quality tutorial video there is a lot of preparation and rehearsal. In addition to that, some decent recording equipment can also go a long way in reducing noise and providing a more pleasant audio experience. In this process I found a new respect for those artists who produce quality tutorial videos.

The tutorial has appeared in the January 2016 issue of 3DWorld, and it’s a 5-page spread. There is a lot of other amazing content in that issue. Check it out, and I hope some of you may find the information useful. 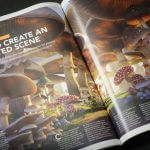 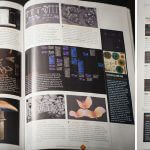